a natural attraction
Specialists in pheromone and sticky insect traps

It is intended for use in trapping large numbers of insects, particularly in protected cropping, but will have applications in outdoor crops where dust is not a significant problem. It is the cheapest form of yellow/blue sticky trap available when comparing trapping areas.

Oecotak insect trapping glue is a non-drying adhesive specially formulated for the trapping of flying insects. The colour of Rollertrap has been selected as being a very attractive colour for insects, which become entangled and held in the glue when seeking to land on the trap.

Rollertrap is generally supplied in rolls of 100 metre lengths. The film on which the glue is placed is either 15cm or 30cm in width. We have recently introduced a new version of the Rollertrap using rolls 30cm x 20m which we call Easytrap. A roll is suspended horizontally on a frame. A length of approximately 40cm of the plastic film is pulled down and held in place over the frame with 2 pegs. This gives a trap similar to conventional plastic sticky traps which can be used for monitoring or to help control the pest if enough traps are used. The frame is very mobile, with 2 hooks to hang it in the desired position, it can be easily moved around the glasshouse to where it is needed most, i.e. if there is an outbreak of whitefly in one corner of the glasshouse, the traps can be concentrated here.

Short sections of Rollertrap can be cut off and hung vertically by wrapping the top edge onto itself around a wire. The Easytrap also suits this application. Alternatively, a complete roll can be suspended the length of a glasshouse. The following illustrations show some applications:

Rollertrap can be used outside where there is a structure that it can be attached to, for example in a vineyard. The plastic film can be wrapped around vertical supports or pinned in position with staples or tacks. It may be necessary to use a cardboard or thicker plastic overlay between the staples and the film to avoid the film splitting in windy conditions. NB: the adhesive may become saturated with dust and debris more quickly when used outside.

Oecotak insect trapping glue is very sticky. It may be cleaned from the hands by the use of a good quality proprietary hand cleaner and from other surfaces using white spirit.

In cold conditions the adhesive can make Rollertrap difficult to unroll. When this occurs, it is best to keep the product in a warm place overnight prior to use. When warm Oecotak adhesive becomes slightly softer and the Rollertrap is then much easier to unroll. 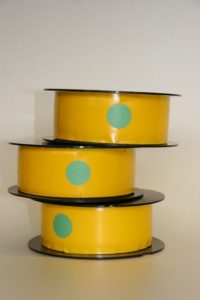 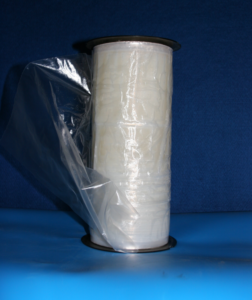 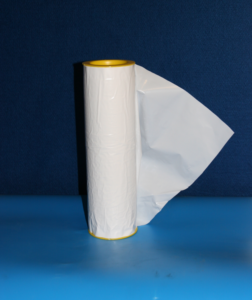 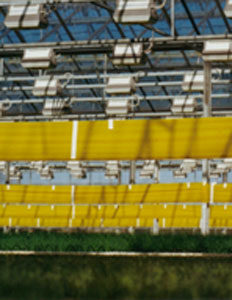 Please contact us for a list of distributors in your area or for further information on prices.